The ongoing growth and success of Korowal School is built on a foundation of responsible and accountable governance. The governing body of the School is the Korowal School Board (KSB). Korowal School is a not-for-profit company incorporated in NSW. We encourage parents and carers to become voting members of the Company when they enrol their child.

The daily running of the school is in the hands of the School Principal and the Executive. The Principal is the School’s Chief Executive Officer and reports to the Board. Our current Principal is Barb Fitzgerald, a long-time teacher at the School.

The Executive consists of the Principal (Barbara Fitzgerald), the Deputy Principal (Rebecca Finch) and the Business Manager (Melanie Williams).

The Directors of the School Board are elected every two years and are currently composed of elected members, being four parents and two teachers. This arrangement allows for the consensual and efficient operation of the School, both administratively and educationally, and also encourages a constructive partnership between parents/carers and teachers. We strive for consensus in all decisions.

Parents and teachers are encouraged to take an active interest in school governance through voting or nominating for election to the School Board. There is an Annual General Meeting in May each year.

Korowal School Board of Directors 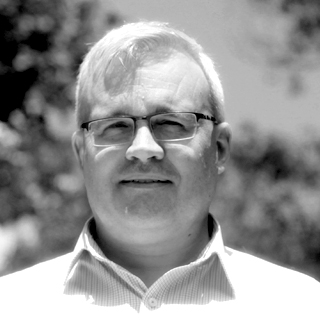 Chris has degrees in Economics and Environmental Management. With a career spanning 30 years Chris, brings extensive experience from work in the public sector, university research and the private sector. Chris is the CEO of Climate-KIC Australia, a NonGovernment Organisation linking business, research and Government to drive climate change and innovation.

Greg Lucas is a Certified Financial Planner and a Lecturer in Financial Planning at the
University of South Australia. Prior to moving into academia, Greg was a practising
Financial Adviser and principal of a financial planning practice for 22 years.

Greg has served as a Director of Korowal School since 2010, and has been the school's Cochair and Chair of its Finance and Resources Committee since 2011. He is known for his dedication and commitment to education. He has developed a reputation for providing
governance leadership and innovative solutions along with his ability to communicate with clarity, calmness and objectivity.

Greg has two school-age children who are in their final years of high school at Korowal.
When not working, Greg loves to work in his garden at Katoomba; enjoy time with his
family and pretend to understand cattle-raising on his hobby farm. With a Career in Child Development and Education spanning 42 years, Louise has served on a Federal Advisory Board for Quality Education, lectured at several universities, conducted research into young children’s wellbeing and involvement in education settings and been part of the writing team for the National Teaching Standards.

In her 11 years at Korowal she has taught Learning Support, Year 6 and currently teaches Japanese across the school from Kindergarten to Year 10. She has been a high school year Coordinator and Coordinates professional development and research projects. She has been a board member since 2010.

Ben is an experienced startup founder and computer scientist.  He has been building software for over 20 years and has a well-established track record in leadership, management and strategic planning.  After years of building and managing teams across multiple countries, Ben now enjoys working in a single time zone with his feet on the ground in Australia.  Ben's children have been at Korowal since kindergarten.  He loves the way the school nurtures and values children's individuality and a strong school community and appreciates Korowal's dedication to management excellence, pedagogical innovation and best practices. David worked in the Information Technology sector for nearly twenty years with a focus on collaboration and knowledge-management solutions. He now attempts to integrate his passion for systems analysis and process improvement with his love for the Blue Mountains community, volunteering as a digital mentor, hosting board-gaming events, and participating in local choirs, drumming groups and environmental organizations.

With a child in Year 1, David looks forward to a long and productive relationship with Korowal. 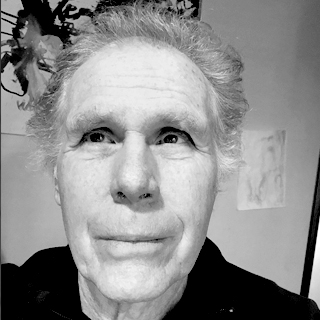 David Wright is currently an academic staff member of the School of Education at Western Sydney University. He has worked in the Social Ecology program for over 20 years and teaches units in Social Ecology and Transformative Learning. He is an experienced supervisor of research student and has occupied a variety of administrative roles including Associate Head of School and Director of Higher Degree Research.

David's research has extended into community based alternative education systems and he has visited leading schools of this kind in Australia and North America and worked with those who have designed and inspired these schools. David completed a PhD titled ‘Creativity and Embodied Learning’ in 1998. He has two children at Korowal: one in primary and one in secondary school.

Fionna is a writer, health and wellness consultant and a long term home educator.  In the past Fionna has owned and operated a dance studio, she has held the position of CEO for a Peak Medical Organisation and volunteered as a youth worker and a member of the Braidwood and District Education Foundation Board.

During her fourteen years of home educating she gained skills across many learning modalities and philosophies as well as strategies for progressing students with special needs and participating in community education program development.

Fionna has her youngest of 4 in Year 9 at Korowal. She loves crochet, gardening, cooking and spending time with her family, including her three grandchildren 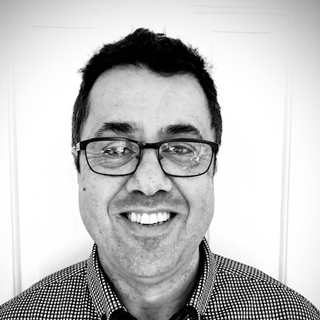 Mat Spiteri has over 20 years experience as a tax accountant and runs an accounting practice based in the upper Blue Mountains, servicing small to medium sized businesses all over the east coast of Australia. He is a CPA Australia qualified accountant and registered tax agent, a fellow of the National Tax & Accountants’ Association, a Chartered Tax Adviser and a fellow of the Tax Institute of Australia. Mat and his family relocated from Sydney to the Blue Mountains in 2007 and they have three children attending Korowal School.